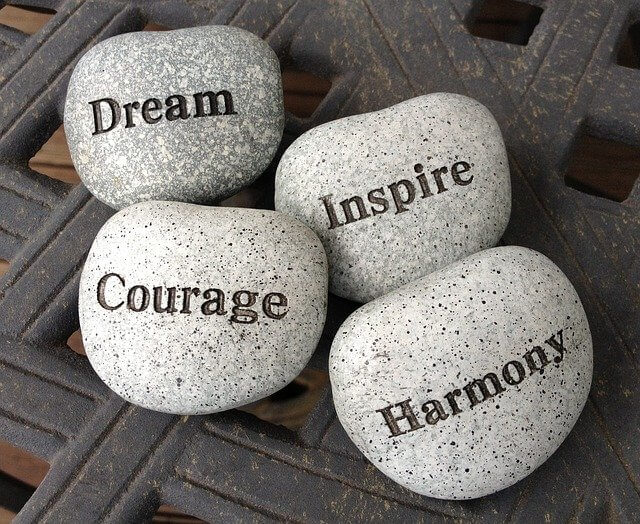 The Courage to Be Disliked by Ichiro Kishimi

The Courage to Be Disliked: How to Free Yourself, Change your Life and Achieve Real Happiness

The Decision to Change Tests Courage

Lifestyle can be defined as the tendencies of thoughts and actions in life. We can choose to change or to not change our lifestyle.

If we’re unhappy at this point in life, we most likely have the desire to change.

But we believe that we can’t change. What’s holding us back? Excuses. We subconsciously create excuses that it’s impossible to change because we lack of courage to change.

In short, the decision to change tests courage. We have that courage when we accept what we are born with and make use of that equipment to be happy.

The goal is accept yourself 60 percent, and think “How should I go about getting closer to 100 percent?” You cannot change what you’re born with, but what you do with this equipment is your own power. Focus on what you can change.

Live in the here and now

Life is a series of moments, and neither the past nor the future exists. Live in the here and now. Don’t concern yourself with the past or the future.

The courage to be normal

Whether they are trying to be especially good or especially bad, the goal is the same: to attract the attention of other people. Get out the “normal” condition and become a “special being.” Why is it necessary to be special? Probably because one cannot accept one’s normal self.

Life is not a competition

The pursuit of superiority is the mindset of taking a single step forward on you own feet. Not the mindset of competition to aim to be greater than other people. A healthy feeling of inferiority doesn’t come from comparing oneself to others; but from one’s comparison with their ideal self.

You are part of something HUGE

Don’t limit yourself to one community. If you think of schools as everything to you, you’ll end up without a sense of belonging to anything. There is a larger world that extends far beyond any community. And everyone of us is a member of that world. Living in fear of one’s relationships falling apart is an unfree way to live. Do not cling to the small community right in front of you. There will be always more and larger communities that exist.

Deny the desire for recognition

Don’t think of life as a Line, life is a series of dots

You should think of life a series of dots. A series of moments called “now.” We live only in the here and now. Live life as if you are dancing.

Some people ended up in entirely different places. But none of these lives came to an end “en route” . It is enough if you find fulfillment in the here and now one is dancing.

Dancing itself is the goal, you shouldn’t be concerned with arriving somewhere by doing it. You can arrive somewhere as a result of dancing, but there is no particular destination. The goal of mountain-climbing is the climbing itself, not getting at the top.

You can change any time, you just choose not to

If you think that your past determines your present, you end up with determinism; your future has already been decided by your past. In “Adlerian psychology”, we don’t think about past causes, but rather about present goals. Your past doesn’t determine your present, but rather it is the meaning that you attribute to your past.

You are unable to change only because you are making the decision not to. You probably think it’s easier to leave things as they are. If you stay like this, you can respond to events as they occur, and you can guess the results.

Courage is the solution.

You use trauma as an excuse

We determine our own lives according to the meaning we give to past experiences. We do not suffer from the shock of our experiences. We instead make out of them whatever suits our purposes.

Accept yourself now, and regardless of the outcome, have the courage to step forward.

You use feelings of inferiority as an excuse

Feelings of inferiority are subjective interpretations rather than objective facts. You can see being shorter than average as inferior, or as superior for not being intimidating and getting other people to relax.

There is one good thing about subjectivity: It allows you to make your own choice. View anything as an advantage or disadvantage. We cannot alter objective facts, but we can alter interpretations as much as you like.

The Choice to be Unhappy

Do you feel that a certain trauma is holding you back from feeling happy at this point of life?

Following the concept of teleology then raises the question, “why did you choose to be unhappy?” – the choice might have been made unconsciously at any point of time – maybe due to childhood trauma.

You hold the cards of your interpersonal relationships

Many people think that relationship cards are held by the other person. That’s why they wonder “How does that person feel about me?” And end up living in a way that satisfies the wishes of other people. If you’re tied to the desire for recognition, all the cards will stay in the hands of other people. If you can grasp the separation of tasks, you will notice that you hold all the cards.

The goal of interpersonal relationships is a feeling of community. This sense of others as comrades. To get that feeling, you should make the switch from self-interest to concern for others.

You can get a feeling of community by making an active commitment to the community. Take steps forward and don’t avoid the tasks of work, friendship and love relationships. Don’t think in terms of “What will this person give me?” But rather, “What can I give to this person?”

The most easily understood contribution to others is work. It is through labor that one makes contribution to others and commit to one’s community. One can feel “I am of use to someone,” and come to accept one’s existential worth. This helps in self-acceptance again, and you can see that it is a circular loop.

When you switch from attachment to self to concern for others, Confidence in others becomes absolutely essential. If you don’t have objective grounds for trusting someone, you should believe without concerning yourself with things such as security. Unconditional confidence is the foundation of any deep relationship.

There may be a person who doesn’t think well of you, but that’s not your task.

All you can do with regard to your own life is to choose the best path that you believe in. How do people judge that? That’s the task of other people, and it’s not a matter you can do anything about.

When you praise, you’re unconsciously creating a hierarchical relationship and seeing the other person as beneath you. As if you’re passing a judgment from one person of ability to another person of no ability. You can convey words of gratitude instead.

Saying thank you to this partner who has helped you with your work. “This was a big help”. If recieving praise is what you’re after, you’ll have no choice but to adapt to that person’s yardstick and put your breaks on your own freedom. “Thank you,” on the other hand, is a clear expression of gratitude.

No experience is in itself a cause of success or failure. We did not suffer from the shock of our experiences – the so called trauma – but instead we make out of them whatever suits our purposes. We are not determined by our experiences, but the meaning we give them is self-determining.  – Alfred Adler

From the book:-
The Courage to Be Disliked by Ichiro Kishimi

← The 4-Hour Workweek by Tim Ferriss

How to Build the Second Brain →