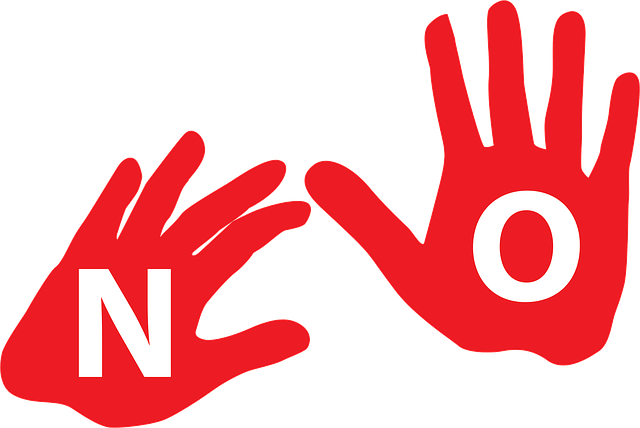 The Art of Saying No

Many a times we all have experiences that it’s difficult to say No, when somebody is asking us something. Let’s learn few bits from the famous time-management and productivity author Damon Zahariades about the art of saying no.

Your time and interests are valuable

One of the biggest stumbling blocks for people-pleasers to overcome is feeling responsible for others’ feelings. They fear that saying no will disappoint and anger requestors. This fear prompts them to regularly put others’ priorities ahead of their own.

People pleasers often prioritize others’ needs ahead of their own because they feel their time, interests, opinions, and goals are worthless. I know this from experience. It’s how I used to think. This is a self-image problem.

The importance of prioritizing your needs

It’s important that we attend to our own needs before attending to the needs of others. This assertion may make you feel uncomfortable, particularly if you strive to be loving and giving in all that you do.

But allowing your needs to remain unaddressed while you continuously cater to others is the path toward resentment and bitterness.

We want to avoid seeming selfish

We have a limited number of hours to play with each day. That means every time we say yes to someone, we’re saying no to someone or something else. And every time we say no, we free ourselves to spend that time and attention on another person or interest.

Self-care isn’t selfish. It’s necessary. The problem is, if you’re constantly saying yes to other people, putting their priorities ahead of your own, you won’t have the time or energy to care for yourself. And you’ll slowly become irritated, cynical, and miserable.

Aggressiveness is often an impulse. An aggressive person responds in a hostile or inconsiderate manner and often regrets doing so later.
By contrast, assertiveness is planned, thoughtful, and considerate. An assertive person communicates his or her position with clarity while taking the other person’s feelings into account.

The aggressive individual is loud, opinionated, and self-absorbed. The assertive individual understands how to express his or her point of view with grace.

The Phycology of Assertiveness

Being assertive means having the self-confidence to express your needs and wants, and pursue your own ends, even in the face of opposition. It involves telling people where you stand on a given topic and leaving no room for confusion.

Assertiveness is declaring your point of view and not feeling as if you need others’ approval or validation.

The Power of No

“No” is a little word that carries tremendous power. This is one reason many people hate to say – or are afraid to say – no. When they do summon the courage to turn someone down, they often offer apologies and excuses. They practically beg forgiveness.

“It’s unsurprising that we often say yes when we know we should say no. It’s an instinctive response born of our longing for other people’s approval.”

Most children learn to be nice to others as the basis of their value systems. They want others to see them as helpful and caring; they demonstrate goodness by being nice. Saying yes becomes an important quality in this approach to life. When these kids become adults, many of them become virtual yes machines – saying yes to everyone about everything.

“The best way to help people over the long run is to ensure your needs are met first.”

Some individuals become inveterate people pleasers. You’re a people pleaser if you’re afraid to speak up, feel you must always put on a happy face, act chipper when you’re down, avoid conflict, see yourself as selfish when you do anything for yourself, have weak “personal boundaries” and believe that only other people’s happiness matters. People pleasers can’t take rejection; the idea of saying no fills them with dread.

Why you can’t say No

Strategies for saying No

Lifestyle management expert Damon Zahariades has written several time-management and productivity books. Above is summary of one of his book with the same title.

From the book:-
The Art of Saying No by Damon Zahariades

← How to Build Better Habits in Four Simple Steps

The 4-Hour Workweek by Tim Ferriss →