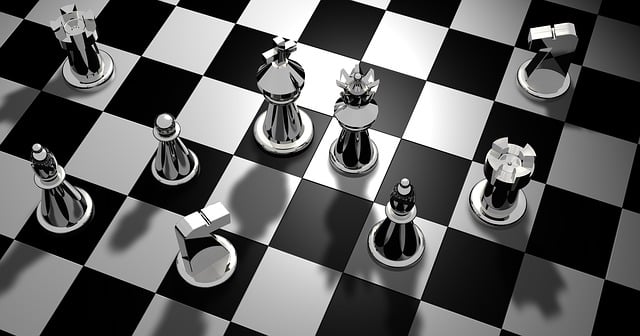 From the time he learnt to move pieces on a chessboard as a six-year old, Vishy – as Anand is fondly called – has racked up innumerable accolades. The first World Chess Champion from Asia, he emerged onto the world stage when chess was largely a Soviet preserve, climbed the ranks to become World No. 1, bagged five World Championship titles and won tournaments across all formats of the game. A peerless ambassador of chess, his is one of the most revered names in the sport.

In Mind Master, Vishy looks back on a lifetime of games played, opponents tackled and circumstances overcome, and draws from its depths significant tools that will help every reader navigate life’s challenges:

DITCHING THE LADDER Of Gut, Heart and a Winning Idea

As a long-term strategy, being predictable is not of much advantage – for your career or business or even for yourself. Once in a while, you’ve got to take the counter-intuitive path, but not without owning responsibility for the consequences – and certainly not without preparation. In such situations, your attitude should trump the decision itself. When you focus on previously unconsidered solutions to reach your end goal, don’t let your mind wallow in indecision or imagined negative outcomes. Instead, push through with execution.

STICKY NOTES Madras, Manila, Madrid and Everything in Between

When I played this game with Manuel Aaron, my obsession with winning the Grandmaster title was still some years away. At the same time, my win was a culmination of everything I had learnt and worked for until then, with little else weighing on my mind. There’s something to be said about working towards achieving a goal without obsessing over how far you’re from it or how hopelessly you’re missing the mark each time. Once you shut out the clamor of the result and simply persevere, success is bound to be yours.

THE ART OF REMEMBERING Hooks, Hacks and Serendipity

Here’s a lesson in serendipity and limitless learning. Nothing you do, however unconnected it is to your livelihood or your life’s goal, goes waste. You never know when an idea that you’ve read about or heard of, or an activity you’ve dabbled in, will pay off. It’s wise, then, to keep your interests and your learning as varied and broad as you can.

WIN SOME, LOSE SOME Emotions and the Power of Objectivity

Emotions tend to get in the way of clear thinking. Whether it’s impatience, frustration, fury, self-loathing or even premature elation – allowing these to consume the mind results in a loss of focus and distraction from learning, and keeps you from taking the right decisions and achieving your goal. Training your mind to take a step back at the crucial moment and developing cues to organize your thoughts is more advantageous than making a move while your mind is in turmoil.

GATHERING THE TROOPS How to Make Preparation Count and Tactics Work

For your strategy to be effective, the preparation you put into every aspect to make your tactics work efficiently is key. Your approach cannot be unidimensional. Whether you’re taking in external perspectives, keeping your mind open to varied sources of learning, visualizing difficult, unknown scenarios and tackling them head-on through practice, cultivating discipline and a routine that brings you comfort in the face of stressful situations – all of it eventually comes together to contribute to the moment of achievement.

NEW YORK, NEW YORK The Making of a Champion

The match against Kasparov in New York in 1995 changed my attitude from being content playing good games and winning occasionally to being completely driven to becoming the World Champion. In the years that followed, I realized how that single match had distilled every aspect of what I lacked – the ability to be flexible, unpredictable and stay unaffected by psychological duress.

It also became evident to me that the transition from being a strong player to becoming a champion wasn’t going to happen on its own. I had to want it ardently enough. Doing everything admirably well matters very little if you can’t finish the job.

THE GIFT AND THE GRIT Making Talent Work Hard

The way I see it, talent is a lot like a plant. When it’s watered with hard work, it grows and blooms. Deprived of nourishment, the plant simply withers away. With hard work, talent gains in depth and scope, and uncovers newer abilities that were earlier unexplored. And hard work is not just about plugging away at something. It involves thinking intelligently about what you want to achieve, the goals you’re setting, how you’re improving on your innate skills or talents, and how you can incorporate all of this into the list of things that will help you scale that peak.

MINING THE MIND AND MACHINES Decision-Making, Data and a New Giant on the Block

In any situation in life, being adaptable is the only way to grow and

succeed. You may have skills that you’ve perfected, a certain worldview that worked for you at a particular stage – but the reality is that circumstances change, and you can’t be prepared for everything. Lowering your resistance to change, removing bias and being willing to adapt will help you tackle whatever comes your way. Once you’ve assessed the resources at your disposal and weighed what is feasible against what is risky you will see the path.

The lead this game gave me was a luxury, but I restrained myself from celebrating too quickly. I’d suffered from the consequences of doing that earlier – relaxing when I should have been focused, or letting the excitement of an anticipated win take over. There is a difference between having an overwhelming lead and actually finishing a game on top. In these moments, it’s important to be acutely mindful of your present, find calm and keep yourself grounded. If you’re too busy visualizing future success it may eventually give you the slip.

THE ADVERSITY ADVANTAGE A Volcanic Ash Cloud, a Road Trip and a Title

Resilience is the only answer to adversity. When tough situations arise – and they sometimes arrive like a hailstorm – your primary focus should be on accepting that although it is not the way you would want things to be, it is what you have to deal with, and then tackle it with practicality. It’s also important to remember that no matter what you’re up against, you have to give yourself some odds of success. Look deep for the resources that will pull you through – if you talk yourself out of everything, you’re undermining the advantages you have on your side.

Success can often lull you into believing in what is non-existent – that you have no chink in your armor; that your occasional wins make you invincible; that there is nothing for you to improve upon. Life does not raise red flags unprompted. Look for the cues – they will ask you to identify and work on your weaknesses, disallow passivity in your attitude, thought and preparation for success. Even when you hit the lowest point, they will offer a handy start to hitting the road to recovery.

In life, as in chess, learning must be constant – both new things and fresh ways of learning them. The process will invariably involve a certain degree of unlearning, and possessing the readiness to do that is utterly important. If your way of doing things isn’t working, clinging to your conclusions is only going to hold you back. You have to get to the root of a snag in order to make a breakthrough, because it’s possible that what you thought you knew isn’t actually the way it is. Unlearning is perhaps the hardest thing to do, but it is a necessity if growth and success are your goals.

From the book:-
Mind Master by Viswanathan Anand and Susan Ninan

Attitude is Everything by Jeff Keller →