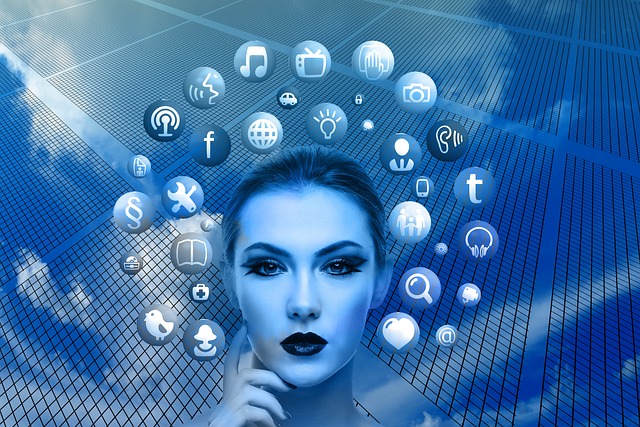 The virtual world can seem more immediate and significant than the smelly, tasty, touchy 3D Real World. Its a place of anxiety and triumphant exhilaration which sweeps us into the social networking swirl of collective consciousness.

It is a parallel world where you can be on the move in the Real World, yet always hooked into an alternative time and place.

Many parents complain that they are unable to take their child away from screen time and back into the 3D world.

Sharing personal information about oneself, as promoted on social networking sites, activates the reward systems in the brain the same way as food and sex do. –HARVARD SCIENTISTS

Upon waking, you will be checking your phone within 15 minutes of consciousness.

You will need stimulation, excitement and escapism. So you use technology to socialise, for online shopping, playing games etc.

The Real physical world is becoming less relevant as traditional constraints of time and space fade.

The time that could have been spent walking in fresh air or having a face to face conversation has been forfeited in favour of cyberactivity, which is a completely new type of environment where taste, smell and touch are not stimulated, being completely sedentary for long periods of time.

How The Brain Changes

In 2000, brain scans showed that London cab drivers had developed physical changes in their brains as a result of their daily activity of constantly using their working memory. Their hippocampus was actually bigger compared to non taxi drivers of the same age. This is an example of the ‘use it or lose it’ principle.

Plasticity is the term for this process, the brains ability to shape and mould itself in response to stimuli.

Environmental enrichment has been demonstrated in studies showing physical changes in neural circuits through experience.

The brain undergoes continuous physical change… the brain remakes itself throughout life, in response to outside stimuli to its environment and to experience. –SHARON BEGLEY

Out Of Your Mind

The word ‘ecstasy‘ in Greek means ‘to stand outside’ of oneself. It is this emotional, unreflective state that we seek out through a diverse range of pursuits – an absence of self consciousness, of being ‘abandoned’.

Thinking is movement confined to the brain. –UNKNOWN

When you share personal information on a social networking site, you share it with a large immediate audience.

Body language is an ancient evolutionary mechanism for not letting our defences down prematurely.

We decided that these would be the social norms now and we just went for it. —MARK ZUCKERBERG

Sometimes the real world is not the best place to be. Video games can provide a calming routine for people who are unable to cope with the uncertainties of the real world.

Unlike traditional real world games, video games offer an escape from the dull, difficult world to one that is more exciting, appealing to the senses and where there are reassuringly definite and predictable outcomes in which the player can participate as a better self.

Without Google and Wikipedia, I am stupid, not just ignorant. –JOHN BOHANNON

The Display Is Driving You

Research analysing reading behaviour in the digital environment has revealed that decreases in sustained attention are increasingly characterising peoples literacy skills. People inclined to browse, scan and read more selectively, will spend less time on in depth and concentrated reading.

Paper books are of a fixed time and place, have permanence and therefore a reassuring security which an ebook will never deliver.

Search engines offer an easy fast option as opposed to taking your brain for a work out, you will now run the risk of becoming mentally flabby. The display will be driving you.

Books stand for knowledge, new ideas and the inventiveness of the human spirit and imagination. –UNKNOWN

Personal identities might be constructed externally and refined to perfection with the praise of an audience as a priority, an approach more suggestive of performance art than of personal growth.

Obsessive gaming could lead to greater recklessness, a shorter attention span and an increasingly aggressive disposition.

Heavy reliance on search engines and a preference for surfing, rather than researching, could result in quick mental processing at the expense of deep knowledge and understanding.

From the book:-
Mind Change by Susan Greenfield

← The Laws of Simplicity by John Maeda